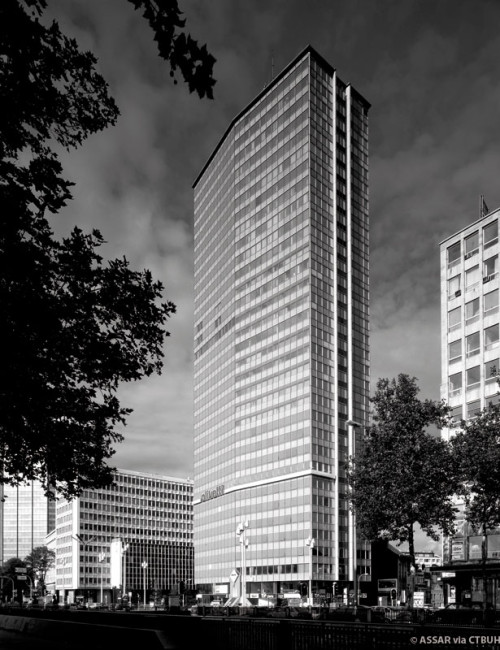 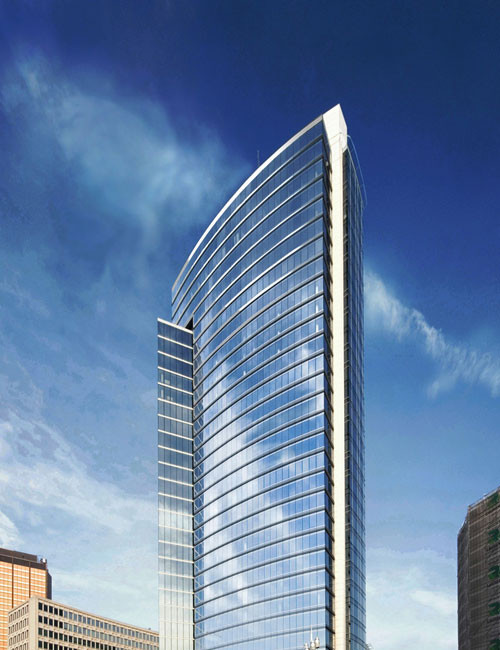 Other names the building has commonly been known as, including former names, common informal names, local names, etc.

The CTBUH follows the United Nations's definition of Country, and thus uses the lists and codes established by that organization.

The CTBUH follows the United Nations's definition of City, and thus uses the lists and codes established by that organization.

A single-function tall building is defined as one where 85% or more of its usable floor area is dedicated to a single usage. Thus a building with 90% office floor area would be said to be an "office" building, irrespective of other minor functions it may also contain.

A mixed-use tall building contains two or more functions (or uses), where each of the functions occupy a significant proportion of the tower's total space. Support areas such as car parks and mechanical plant space do not constitute mixed-use functions. Functions are denoted on CTBUH "Tallest Building" lists in descending order, e.g., "hotel/office" indicates hotel function above office function.

Architectural
Height is measured from the level of the lowest, significant, open-air, pedestrian entrance to the architectural top of the building, including spires, but not including antennae, signage, flag poles or other functional-technical equipment. This measurement is the most widely utilized and is employed to define the Council on Tall Buildings and Urban Habitat (CTBUH) rankings of the "World's Tallest Buildings."

To Tip
Height is measured from the level of the lowest, significant, open-air, pedestrian entrance to the highest point of the building, irrespective of material or function of the highest element (i.e., including antennae, flagpoles, signage and other functional-technical equipment).
120.2 m / 394 ft

The number of floors above ground should include the ground floor level and be the number of main floors above ground, including any significant mezzanine floors and major mechanical plant floors. Mechanical mezzanines should not be included if they have a significantly smaller floor area than the major floors below. Similarly, mechanical penthouses or plant rooms protruding above the general roof area should not be counted. Note: CTBUH floor counts may differ from published accounts, as it is common in some regions of the world for certain floor levels not to be included (e.g., the level 4, 14, 24, etc. in Hong Kong).

The number of floors below ground should include all major floors located below the ground floor level.

Number of Elevators refers to the total number of elevator cars (not shafts) contained within a particular building (including public, private and freight elevators).

Usually involved in the front end design, with a "typical" condition being that of a leadership role through either Schematic Design or Design Development, and then a monitoring role through the CD and CA phases.

Usually involved in the front end design, with a "typical" condition being that of a leadership role through either Schematic Design or Design Development, and then a monitoring role through the CD and CA phases.

Madou Plaza was originally completed in 1965. Its renovation is probably one of the most ambitious of its kind ever undertaken in the city. Completely rethought in terms of its function, circulation routes and relationship to its surroundings, the building has been entirely rebuilt around its original structure.

Some 8,000 square meters (86,111 square feet) of new construction at the base have created a podium for the existing tower. This 13-level podium is organized around an atrium. Madou Plaza now includes a conference center which is also accessible to the general public and equipped with an auditorium and business services facilities.

A semi-reflective double-skin type façade and cold ceilings provide the occupants with the highest standard of comfort. The entire ceiling surface acts as a cooling radiator thanks to the circuit of chilled water in tiny tubes circulating behind the perforated metal panels of the ceiling.

At ground level, a large area along a retail street has been allocated to shops. A new street flanked by housing (to be built soon) has been created at the rear of the tower while an esplanade has been laid out at the front. Madou Plaza now constitutes a genuine plaza, which, for the past 20 years, had existed in name only.